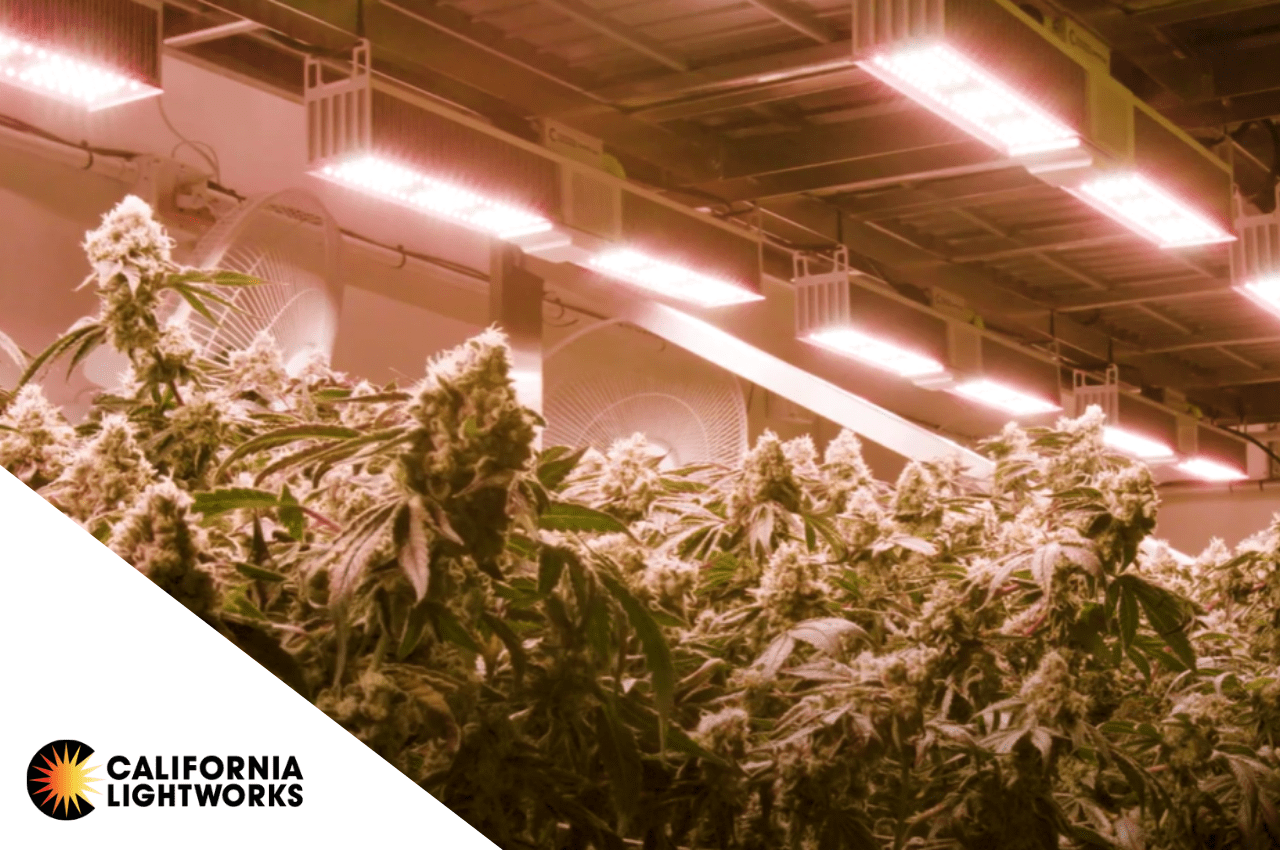 Xotics Cultivation in Lompoc, California got its start operating with a typical single level HPS grow operation. While they had seen success with this setup, they wondered whether switching their methods could produce both higher quality crops and a more energy-efficient operation overall. In 2020, they decided to modernize. This meant both moving to a two level set-up and replacing HPS lighting with LEDs.

At the time, Exotics Cultivation had been using HPS lighting for two years. A two level grow set-up could potentially increase efficiency, yield, and the overall quality of the final product. However, double-stacking HPS is impractical as it would require 20foot ceilings and intensive manual labor. Not only that, LED lights would more evenly distribute heat, which could create a better atmosphere for the plants overall. This is why the Xotics Cultivation team looked into LED lighting, specifically interested in the new MegaDrive system from California Lightworks.

Powered by a 10,000 watt central power supply that can take 480 volts through an independent breaker, MegaDrive was the most efficient way to redesign their grow setup and start experimenting with LEDs.

MegaDrive can run up to 30 400watt LED fixtures from a single central power source. These fixtures come with dual spectrum control and separate channels for red and white. You can operate MegaDrive from any wireless Bluetooth device, allowing you to change light settings remotely from a smartphone or tablet.

The lack of power drops over the canopy or under the shelving made it quicker and easier for Xotics to set up the MegaDrive system. The setup also created better heat distribution. The heat of individual drivers no longer caused unwanted temperature fluctuations, keeping the temperature both stable and optimal throughout the growing process.

Setting up MegaDrive was relatively easy for Xotics, with installation only taking a couple of hours total. Once it was set up, they hoped to see both a higher energy efficiency in terms of grams per watt, as well as higher quality yields overall.

At Xotics, the team does lab tests on every strain, making it easy to measure results and track changes in yield quality in order to determine whether LED lighting is a worthwhile investment.

One day from harvest, the changes to the plants were noticeable from observation alone. The plants appeared taller and thicker, producing more trichomes as well as frostier buds. This was an indication that LED lights were improving the quality of the yield. It also indicated there would be more pounds per square footage once the final harvest was complete.

Xotics’ move from managing a single level to a double level was a bit of a challenge, but working with LED lighting itself was easy once setup was complete. While the team had to make some tweaks to their feeding schedule to accommodate the change in growing environment, once they found their footing with this new set up, the grow cycle ran smoothly.

After harvesting and processing their buds, Xotics looked at various metrics to determine whether the MegaDrive Greenhouse Lighting Technology would be a worthwhile future investment. The results were promising.

This marked increase in yield means that – despite the higher upfront costs – LED lights will make more money over time. Within just a few more cycles, the investment will have already paid off due to an increase in efficiency, quality, and pounds per row.

Moving forward into future plans, Xotics plans to make a full transition to LED lighting as they expand their business. They are in the process of converting their outdoor space to a 30,000 square foot, 1,200 LED light building. Higher ceilings and more space will allow the plants more space to grow and thrive.