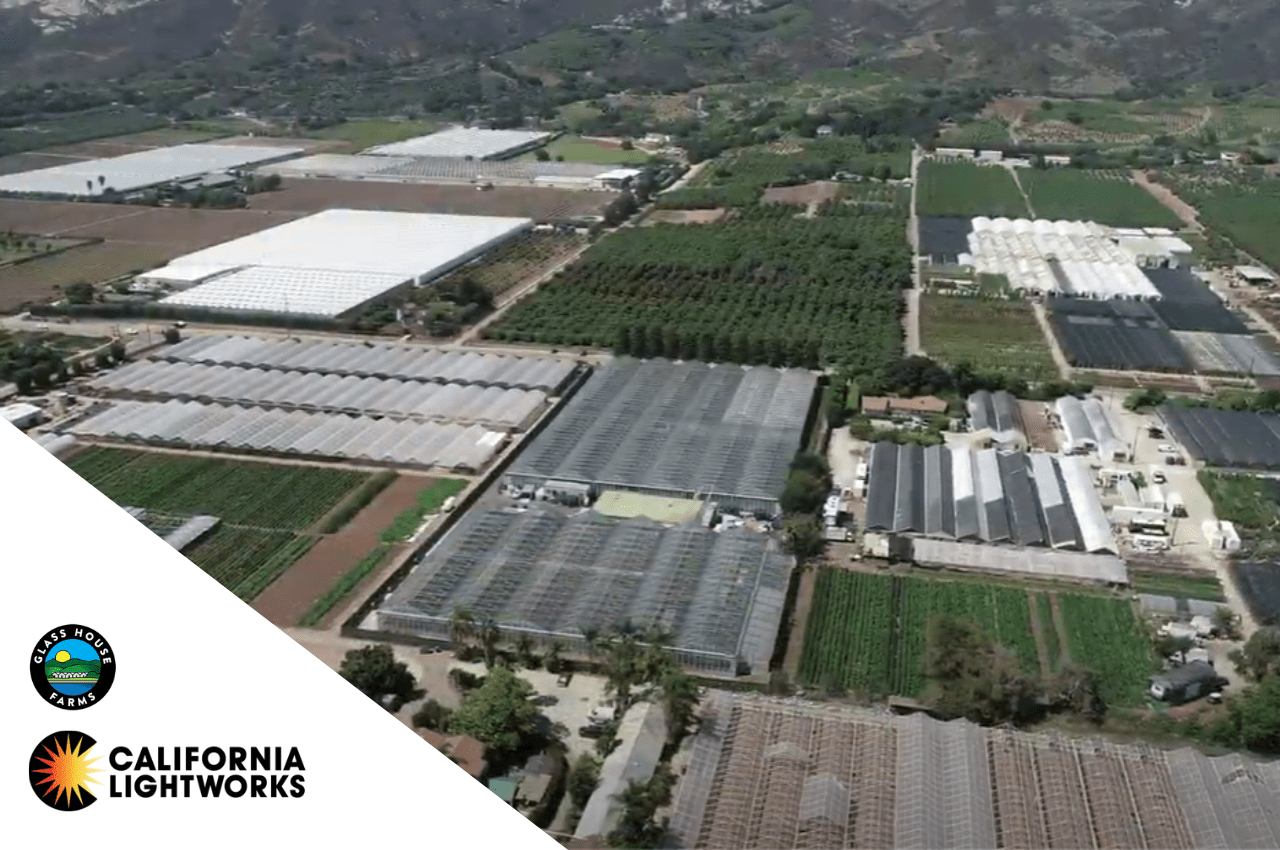 Even when natural conditions are optimal, supplemental lighting can improve your overall yield. This was something Glass House Farms of Carpinteria, CA discovered over the summer of 2020, when they decided to conduct an experiment.

Glass House Farms has been in the industry for a long time. They got their start in Santa Barbara in 2015, operating with the motto, “Quality and consistency, delivered efficiently.” Since the get-go, part of their business model has been using experimentation as a means for continued, consistent improvement.

Glass House has always had a systematic, data-driven approach to growing. During every harvest, they record all the conditions meticulously so they know exactly what they achieved and how they achieved it. This allows them to fine-tune their techniques over and over again to improve with every subsequent harvest.

The team at Glass House wanted to answer one question – could they get more out of their plants with the introduction of supplemental lights?

Given their California location, Glass House was able to grow year-round without a problem using natural conditions. Their plants did not need supplemental lighting to thrive. Even in the cooler months, there is still plenty of natural sunlight. However, Glass House wondered if there was a way to do a little better.

The Advantages of the MegaDrive™

MegaDrive made it easy for Glass House Farms to add supplemental lights. The system is built to maximize efficiency while significantly reducing upfront and operating costs.

The secret is the MegaDrive’s 10,000watt single power supply that takes incoming 480 volts through an independent breaker. This power supply is wall mountable, eliminating the need for power drops over the canopy. It is capable of running up to 30 400-watt LED grow light fixtures. These fixtures come with dual spectrum control and separate channels for red and white, which can be dimmed from zero to 100%, either manually or automatically.

MegaDrive also comes with a wireless Bluetooth control system that operates independently or integrates with the most popular environmental controllers. The cloud-based data communication system allows you to control functions from any Bluetooth device – and from virtually anywhere in the world.

All this made it easy for Glass House to quickly install and start running supplemental lighting. Hanging the lights was much simpler without having to run drops to every fixture. Controlling the lights via smartphones gave them a simple way to tweak light spectrums throughout the grow cycle as needed.

MegaDrive provided them a more convenient, lower cost option for testing the efficiency of supplemental lighting on their plants.

Glass House started the first cycle in June of 2020. While there was still plenty of natural light out, the weather had been a bit foggy. This was the optimal time to see if supplemental lighting could help counteract subpar environmental conditions.

Glass House was able to set up two separate sections of their greenhouse – one with supplemental lighting and one without. Thanks to the computer-controlled conditions, they were able to keep all other parameters the same. This created the perfect environment for a side-by-side comparison. The only change between the two sections was the MegaDrive system, so any differences in growth and final yield could be attributed to supplemental lighting.

In just three weeks, there were already signs the supplemental lights were improving the yield. As the flowers began to grow, the buds were larger on the plants grown under the led grow lights . They were also significantly larger than the plants growing under natural sunlight.

After the first harvest, Glass House saw a nearly 30% increase in finished product. This is particularly notable given these crops were harvested over the summer, where natural light is at its peak. They credited the efficiency of the MegaDrive system for this boost, particularly the adjustable spectrum control that allowed them to use red and white light at different points in the grow cycle.

Happy with the results, Glass House plans to continue to grow with MegaDrive Greenhouse Lighting Technology and has already done two more cycles using the lights. Glass House Farms is optimistic about both their own future and the future of California’s market in general. Already the third-largest flower brand in the state, Glass House hopes to continue to expand its business through its dedication to continued innovation and experimentation.