[Case Study] Grow Ohio – Testing Our LEDs Against The Competition 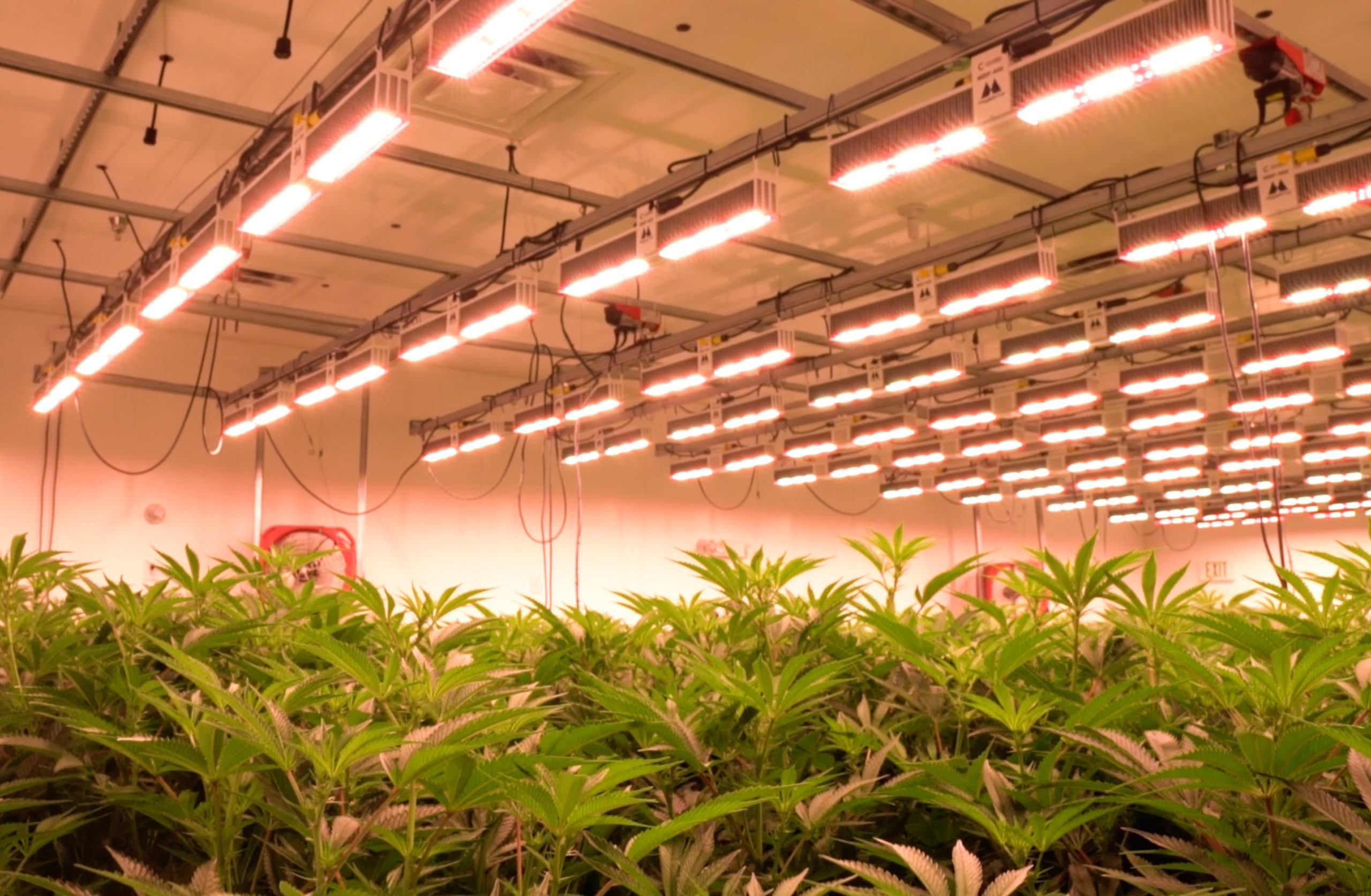 Based in Columbus, Grow Ohio is a cannabis cultivator and processor dedicated to providing safe & consistent medical marijuana that meets the same strict standards as pharmaceutical medication. Their operations have grown quickly over the years, leading Grow Ohio to look for new ways of maximizing efficiency, without sacrificing any quality.

A big part of this new strategy involves swapping out many of their MH (Metal Halide) and HPS (High-Pressure Sodium) grow lights for LEDs, which often cost more upfront but run far more efficiently in the long run. But which LEDs to go with? For that question, Grow Ohio set up a trial between California Lightworks and three of our strongest competitors.

Testing the Difference: Head to Head

Grow Ohio tested the LEDs by dividing an indoor room of growing tables amongst the four companies chosen – California Lightworks, Gavita, Grower’s Choice, and PhotoBio. This gave them a clear side-by-side comparison for every aspect of the yield. Across all aspects – from mass, to bud growth to overall quality, California Lightworks’ LEDs were the clear standout; out- performing every other company we were tested against.

Grow Ohio then decided to test a full room of crops under California Lightworks’ MegaDrive technology. Compared to the rooms still outfitted with HPS lights, California Lightworks was again the clear winner, with the mass (both in terms of grams per square foot and grams per watt) and quality of the yielded crops surpassing those of the others.

Harnessing the power of MegaDrive

With a full room of crops dedicated to MegaDrive fixtures, the advantages of our system became clearer. Instead of using a mixture of MH and HPS to power the veg stage, then change to full HPS for the transition and flower stages, the California Lightworks test demonstrated a far more streamlined process for Grow Ohio. With the MegaDrive system’s variable-spectrum LEDs, each stage of a crop’s development can be dialed-in and programmed, meaning one system can accomplish everything – from start to finish.

On top of that, the high blue light of LEDs results in significantly improved smells, textures and profiles for the finished results when compared to older, red light-dominant HPS lights. The automatic sunrise and sunset features of the MegaDrive are another set of game-changing innovations. The shock of suddenly turning fixtures on and off can stunt plant growth for a significant amount of time, but with smooth, gradual lighting transitions that replicate natural sunlight, plant growth is uninterrupted.

Aside from a streamlined grow process, the MegaDrive also makes indoor set-up a breeze, with the ability to chain up to 27 fixtures from a single driver. Grow Ohio powered the entire California Lightworks test room with three drivers, none of which had to be installed within the room itself. That leads to a big reduction in heat, and with less drivers to power, it all adds up to significant savings and energy efficiency.

Controlling the MegaDrive is also incredibly easy: an entire crop’s life-cycle can be programmed from a single touchscreen, and can be saved & repeated for all future crops of the same strain. Every aspect of the yield can be adjusted from this one source, which can control an unlimited amount of lights.

So What Does Grow Ohio Think?

After testing California Lightworks against the competition, then growing the test to study our LEDs effects on an entire room, Grow Ohio was left with a decisive picture of what the MegaDrive could do for their own operations.

On top of energy efficiency and ease of use and installation, Grow Ohio found the people behind California Lightworks no less valuable than the technology itself.

“You’ve been a great partner with us” said COO Josh Febus, when asked about the decision to adopt the MegaDrive system. “The flexibility to get these units in here, with the power cords, and work together from coast to coast, during a pandemic – it’s been much appreciated. I think that was a big driver, on top of the lights speaking for themselves, in saying ‘yep, we’re comfortable in taking this to the next step, and then evolving it from here.”

California Lightworks is honored to have earned the respect and partnership of Grow Ohio through their trials. It’s a mark of approval from a true team of experts, dedicated to growing the highest quality crops for the best reasons possible. Their embrace of the MegaDrive is a stamp of approval we couldn’t be more proud of, and stands as more proof that we’ve got something revolutionary on our hands. Reach out today to learn more, and to see the California Lightworks difference for yourself.