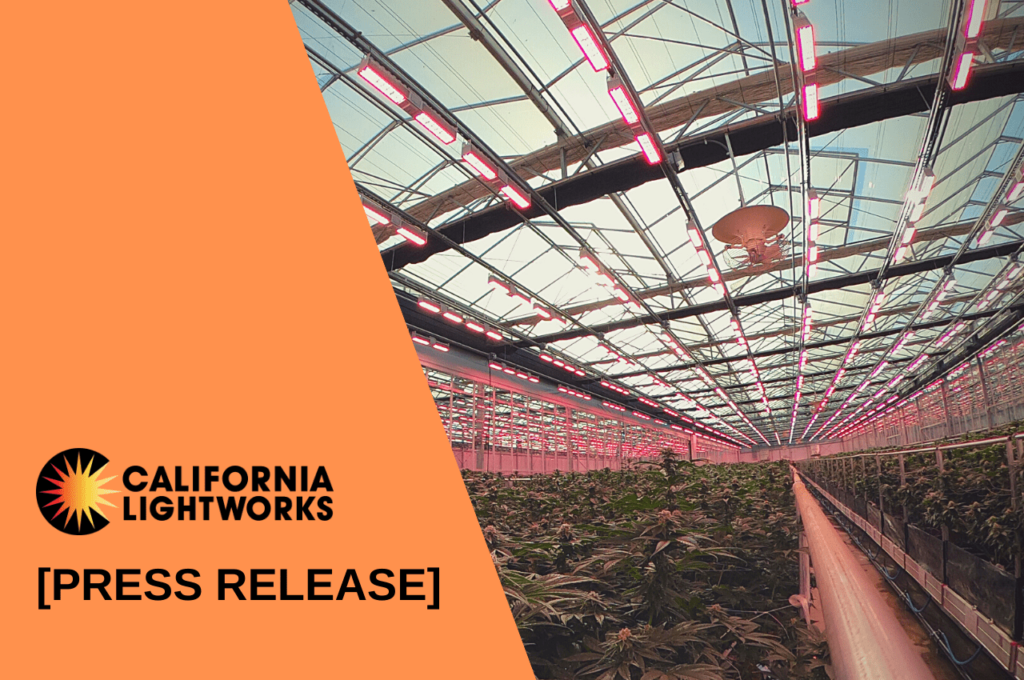 CANOGA PARK, Calif.—California Lightworks earned Columbus-based cannabis cultivator and processor Grow Ohio’s stamp of approval after they tested California Lightwork’s MegaDrive® LED technology against competitors. Grow Ohio’s dedication to quality production and their company’s strategic goals demanded that they swap out many of their metal halide (MH) and high-pressure sodium (HPS) grow lights for LEDs, requiring them to test out their options across manufacturers.

Grow Ohio tested California Lightworks MegaDrive® LEDs by dividing an indoor room of growing tables amongst four other leading LED companies.  In doing so, Grow Ohio had a clear side-by-side comparison for every aspect of the yield. Across all aspects—from yield, to flower size to overall quality—California Lightworks’ LEDs were the clear standout; out-performing every other company.

“Aside from a streamlined grow process, the MegaDrive® also makes indoor set-up a breeze, with the ability to chain up to 27 fixtures from a single driver,” added Mekhtarian. “Our technology leads to a great reduction in heat, and with less drivers to power, it all adds up to significant savings and energy efficiency.”

Controlling the MegaDrive® is also incredibly easy: an entire crop’s life-cycle can be programmed from a single touchscreen, and can be saved & repeated for all future crops of the same strain. Every aspect of the yield can be adjusted from this one source, which can control an unlimited amount of lights.

According to Rob Smith, Head of Cultivation at Grow Ohio, “My main take away from this test was a 50% reduction in energy costs with no loss in yield”.

Since 2008 California Lightworks has been a pioneer in advanced technology LED lighting for horticulture. All products are designed, manufactured and supported in our Southern California factory and we stand behind every product we have ever made. From small scale home grow to large scale indoor and greenhouse applications, we offer optimal lighting solutions.