Your Guide To LED Beam Angles 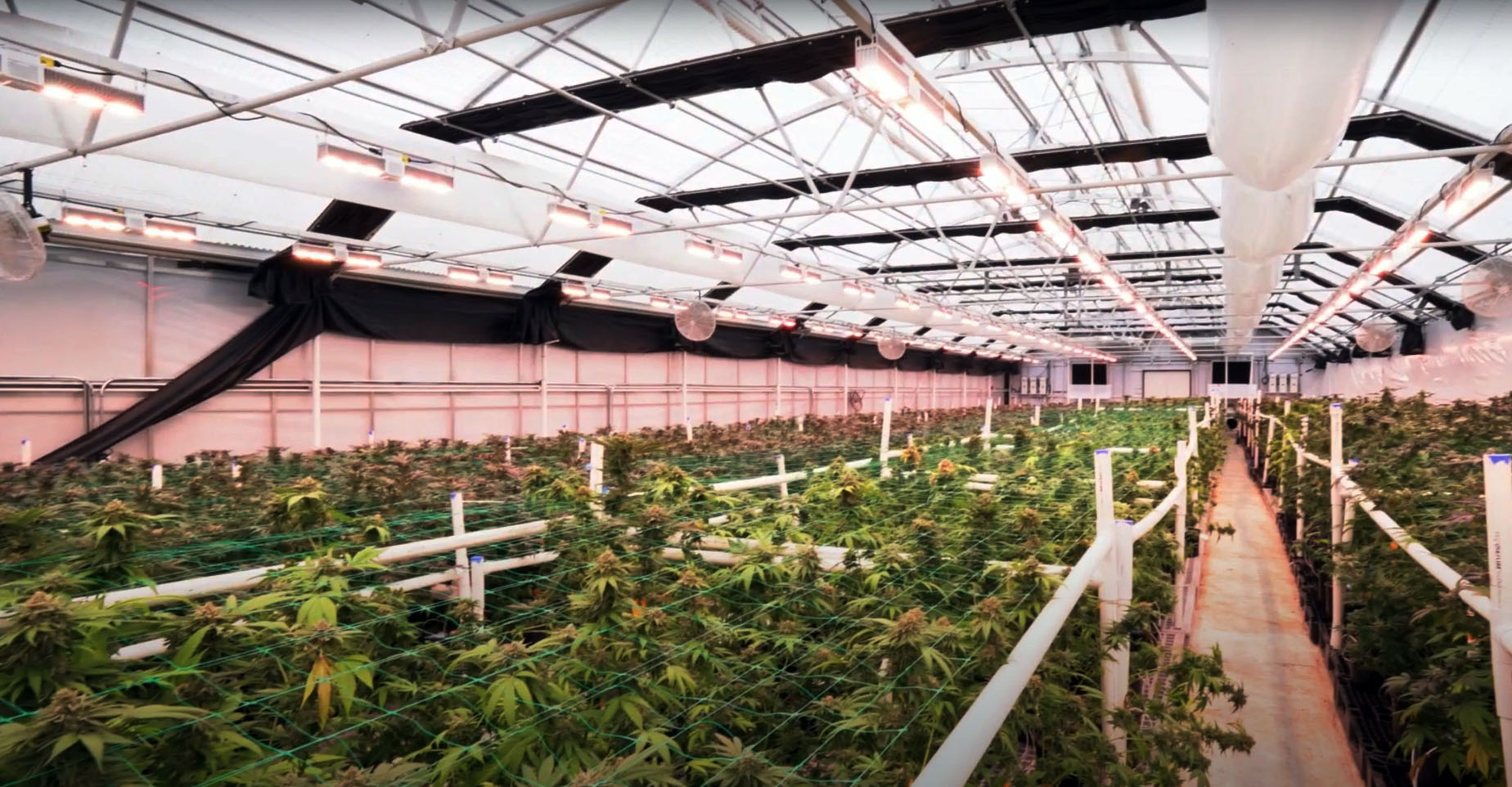 For new growers especially, an LED light’s beam angle can feel like a complicated concept – especially when parsing through terminology while choosing your lights. Beam angle refers to the angle of light streaming from the LED emitters. Beam angle is measured in degrees, most LED beam angles falling somewhere between 120 and 90 degrees. Some COB LEDs may even have 180 degree beam angles.

Some may assume a “bigger is better mentality” makes sense here, especially if you are growing in a larger setting. A larger beam angle does mean your light from emitters will be spread across a larger surface area, but this can lead to a lower light concentration overall.

Choosing the correct beam angle sometimes feels like a delicate balance. Factors like ceiling height and the size of your grow environment all affect what beam angle you should opt for when choosing lights.

How Do You Measure Beam Angle?

Beam angle is measured in one of two ways. You can measure beam angle by measuring the angle at which 10% of peak intensity is reached on either side of the light’s center. However, this is fairly uncommon.

More often, what you will see is a method called “full-width, half-max” (FWHM), which measures the angle at which the light has 50% peak intensity on either side of the light’s center. If a light’s angle reaches 40% of its intensity at 45 degrees, for example, its beam angle would be measured as 90 degrees using FWHM.

Beam angle can be particularly confusing when making the switch from HPS lights. HPS lights all have a 360-degree beam angle. This is a large part of why HPS lights are energy inefficient

– they lack control over the light’s angle, which means a lot of unnecessary energy is expended.

LED lights come with reflectors that control each diode’s angle. There are two types of beam angles – wide angles and narrow angles. Wide angles can be anywhere from 90 to 180 degrees, although 120 degrees is the most common wide angle. Narrow angles are 90 degrees or less, often falling as low as 60 degrees.

What Beam Angle Do I Need?

Light concentration is vital to plant health, especially when it comes to LED lighting. Part of the benefits of LED lighting fixtures is the ability to tweak spectrum settings to better control your final yield. The more diluted your light concentration, the less control you have. While a wide beam angle disperses more light, it provides less intense light directly below your LED.

There is no exact formula for determining the right angle for you. A few factors affect the precise beam angle you will need to most effectively grow your plants.

The farther your lights are from your plants, the lesser the light intensity. Therefore, higher ceilings require more narrow beam angles to compensate. On average, ceiling heights fall between roughly 8 and 9 feet. In this case, a beam angle between 60 to 90 degrees should be sufficient.

Larger commercial operations, however, often work in buildings with very high ceilings. If your ceiling is more than 9 feet, you will need a beam angle of 45 degrees or less. You will also probably need more light fixtures to ensure light reaches all corners of your grow space.

The Size Of Your Space

Despite the fact more narrow beam angles are often necessary for growing, you can often get by with wider angles in a smaller space. This can save you money – as you’ll need less fixtures – without having a negative impact on your plant’s health.

Hobby growers may be working out of a single room or tent. If your space is 4’ by 4’ and 5’ by 5’ square feet, a 120-degree beam angle should be sufficient. You will likely be able to get by with a single fixture – as long as the ceilings do not surpass nine inches. The light intensity will not diminish too much as it is spanning across a very small space.

While beam angles may seem complicated initially, they are easy to understand once you learn a bit about how LED lights work. For larger commercial operations, most growers will need a string of narrow-angled LED lights. Hobby growers operating out of a small space, however, are often able to get by with less lights and a wider angle. Grow operations with highly reflective walls can use very wide angles and get excellent results.

If you are choosing a beam angle, most growers find success with beam angles in the 60 to 90 range. However, everyone’s circumstances are unique. Take some time to consider your grow space – especially factors like size and ceiling height – before deciding on a beam angle range.