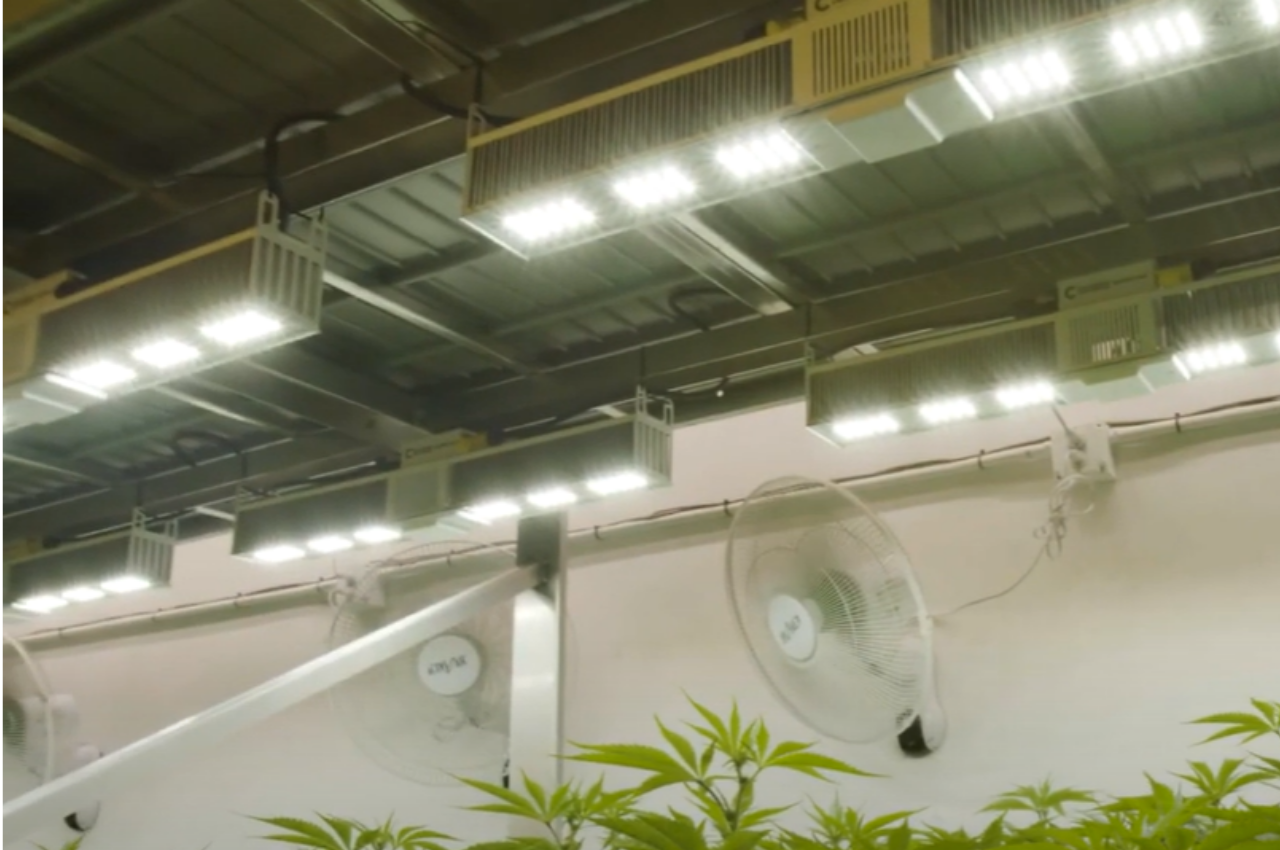 If you’ve read our Cannabis Industry Report (which you can download here), you already know we are seeing a dramatic rise in the adoption of LED lights. In 2016, only a fifth of cultivators (21%) reported using LED lights in the propagation phase, and that number was even lower for the vegetative and flowering stages. By 2020, over 50% of cultivators reported using LED lights for all three of these stages. LED lights have gone from a somewhat fringe interest to the industry standard for indoor commercial growers in just a few short years.

The question is why? The short answer is that LED lights are simply better. You’ll save money long-term while growing a superior product when growing with LEDs. If you’re considering switching to LEDs, we’ll make our case below by extrapolating on five main reasons indoor commercial growers should embrace LED lighting.

Making the switch to LED lights can reduce energy usage up to 50%, meaning the long-term costs of powering your greenhouse will dip once you make the switch to LEDs. According to some studies, LED lighting can save businesses between 50 to 90% on the lighting portion of their electric bill.

In other words, don’t balk at the upfront price of an LED light fixture. In just a few years, LED lights will pay for themselves – and they’ll start making you even more money, which brings us to our next point.

An Increase In The Quality And Quantity Of Your Harvest

Traditionally, the conversation around LEDs has tended to focus on how they save money in the long run. While this is a significant benefit of LED lights and undoubtedly worth discussion, many growers fail to realize LEDs do more than earn their keep with long-term savings. LEDs boost revenue as they increase harvestable products.

LEDs create more photosynthetically active radiation (PAR). While studies vary and results are always subject to individual conditions, as a rough rule of thumb, most studies estimate a 1% increase in PAR corresponds to a 1% increase in harvestable product. But it’s about more than quality – it’s about quantity.

Light spectrum significantly impacts cannabis yield (which we’ve discussed before). Traditional lighting options rarely give growers control over their spectrum settings, while LED lights allow you to adjust the light spectrum at various stages in the growing process. The result is a higher-quality final product that you can sell at a higher rate. Growers who switch to LEDs typically see an increase in cannabinoid content and higher terpene levels.

It’s Better For The Environment

With the climate crisis becoming an increasingly tangible threat, more and more growers are seeking more sustainable, eco-friendly practices. LED lights are the way to go when it comes to mitigating your negative impact on the environment.

We have already covered how LED lights are vastly more energy-efficient – which can help the climate as much as it helps your wallet. However, they help the environment in more ways than one. Their energy efficiency has a secondary effect in that LEDs tend to last much longer, creating less environmental waste in the form of discarded fixtures and bulbs clogging up landfills.

LED lights produce negligible excess heat compared to HPS lighting, meaning minimal potentially harmful heat is released back into the environment. LED lights also significantly cut back on light pollution as their light is highly focused. Light pollution can take a major toll on the environment – from increasing CO2 in the atmosphere to disrupting the natural sleep patterns of wildlife.

LEDs Are Made To Last

Somewhat related to our above discussion of cost savings, a high-quality LED fixture can be a friend for the better part of a lifetime. LED lights are much more durable than alternatives, and so both fixtures and bulbs tend to last much longer than other lighting options.

Properly engineered LED lights can last up to 50,000 hours. Commercial-grade LEDs are made from rugged materials that can withstand vibrations and even the occasional bump or fall much better than traditional lighting options. That being said, always check a fixture’s “ingress protection” (IP) rating before purchase to ensure it is adequately protected against both liquids and solids. For commercial lighting, we recommend an IP rating of IP66 or IP67.

A lower number of replacements – for fixtures and bulbs – also means you’re saving heaps of time and money on installation costs.

Some studies even speculate that LED lights could minimize the need for certain pesticides, meaning workers are no longer exposed to toxic substances while on the job. Plus, LEDs reduce heat emissions, resulting in less evaporation and less nutrient consumption. Overall, quality LED lights reduce your need to bring outside substances into your grow operation.

A grow room is a confined space, and using chemicals within a confined space can have both short- and long-term effects on your health. While you likely won’t be able to nix pesticides and fertilizers altogether, you will be able to cut down considerably after switching to LED lights. This creates a healthier environment for everyone working in your grow room.

There is a good reason LEDs are finally catching on among commercial indoor growers. Not only do LEDs provide a better final product, but they also save you massive amounts of money while being better for the environment and your workers. If you have not already switched to LEDs, now is the time to start the transition.

Any questions? We love to hear from you, and our team is always ready to provide support in all matters regarding LED lighting. Reach out here, and someone will be in touch with you soon.